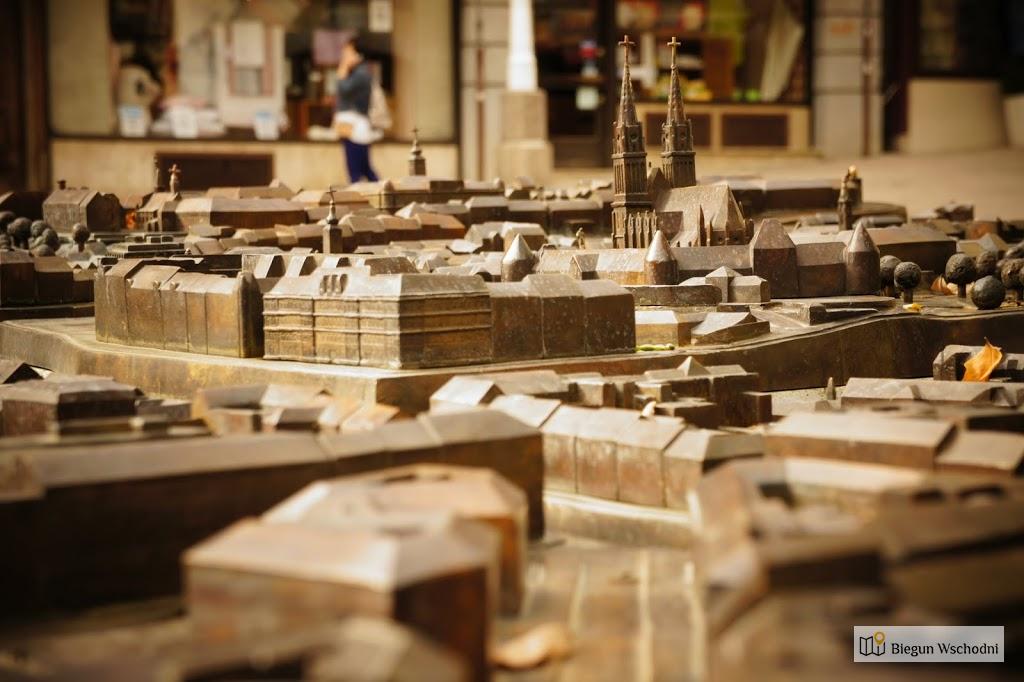 We have visited Zagreb by accident. It was not on our Balkan states trip plan. And it was not like that because we thought that there is nothing interesting there. Quite the opposite – we have thought, that one or two days is not enough time to properly see the Croatian capital city. Following the advice of hostel workers in Sarajevo, we decided to change our plans and pop up in Zagreb for one and a half day. And we would love to stay much longer than that. Here are some advices – what should you do in Zagreb, having only one day to spare.

In Zagreb, like in majority of big European cities, there is free city sightseeing organised. In determined day and time, a guide shows up, and takes a group of tourists to show the most important monuments, talking about their history. In Zagreb free walking tour is held every day at 11 AM, right next to Tomislav of Croatia memorial located vis-a-vis the rail station. The whole trip takes 3 hours. It is way too fast, so after it has finished, it is worth re-seeing the places you want to know better.

2. Feel the heartbeat of the city

The heart of Zagreb is, without any doubt, Tkalčićeva street. To feel the uniqueness of the place, you have to get back to the moment, when Zagreb was not Zagreb yet. In the place of today’s Upper City (Old Town), two strongholds were placed – ecclesiastic Kaptol and secular Medveščak. Medveščak stream was between them. Watermills were built there. They were a source of everlasting conflict. This conflict was most usually materialized on the bridge built over the stream. This place was called Bloody Bridge. Today, the bridge is no more. Medveščak stream was in 1898 covered by, what is today, Tkalčićeva street. To memorialise past strifes, one of the side streets carries the name Krvavi Most. Reportedly, you can hear the stream flowing below the promenade.
This place becomes crowded in the evening, when all bars, pubs and restaurants get filled to the brim with tourists and locals. Croatian beer and rakija reign supreme here.

3. Try to believe in miracles

The famous Stone Gate (or Kamenita Vrata) is a relict of the Middle Ages – and in perfect condition, too. Back then, it served as a main gate to the city of Gradec. From the outside, it is nothing special – just a defensive structure. But inside, there is a painting of Mother of God, author unknown, which is believed to be miraculous. It’s effectiveness is proven by several hundred thanksgiving plates fixed to the inside walls of the gate. Legend has it, that this painting has miraculously survived a great fire in 1731. It is said, that flames doused as soon as they touched the frame of it.

4. Track down a lamplighter

Apparently, gas-fed streetlights in Upper Cit are kindled by lamplighter every evening. We haven’t met him. Maybe you could?

5. Find out how fruits should taste

If you want to know how fig or pomegranate should taste, try them here – in a place, where they ripen on sun, not lamplight. Visit the Dolac market, also called “the Stomach of Zagreb”. I am sure that afterwards, you won’t even look on egsotic fruit sold in polish supermarkets. On Dolac market you can also buy fresh fish, seafood, croatian sausages, cold cuts and other local products. What is important, the prices here are around 30% lower than those in seaside cities – and this also refers to pubs and restaurants situated near the market. It is a good place to eat a satisfying lunch.

6. Ride the shortest railway in the world

Funicular connecting Upper and Lower City is made of two vehicles, which cover the distance of 66 meters. It is the shortest railway of this type in the world. Journey takes as long as.. 55 seconds. It leaves every 10 minutes, taking aboard up to 28 passengers. What is strange is that it is not only used by tourists. I have seen with my own eyes couple of people using season tickets.

7. Take up the challenge, find all the planets

A Sun made of brass is a banner example of modern art in Zagreb. It was, at first, placed in a museum, but it’s creator, Ivan Kozaric, decided that it belongs to the city. It’s occurrence inspired another artist, Davor Preis, to create the whole Solar System. And that’s why you can witness 9 planets on the streets of Zagreb. Their size and distance from sun is proportional to real life values.

8. Rest in the shadow of sycamore

To the north of Tomislav of Croatia square, closer to Old City, a quaint park is located, with an alley of sycamores in the middle; scene where concerts are played in the evenings; and a weather station, functioning non-stop from 120 years. It is a Zrinjevac park. If only we had more time, we would sit on one of the benches there and enjoy the views. On the southern side of park, stone torsos of prominent croatians are placed.

The legendary Orient Express line from Paris to Constantinople (Istanbul) was build. It was a train for the wealthiest. So we exit our imaginary Orient Express on a beautiful railway station. In front of us there is a monument of the first king of Croatia, and a huge art gallery building behind it. You can feel the Hapsburgs influence here. Austro-Hungarian imports are visible not only in ornamentation of townhouses’ facades, but in their yellow as mustard color. Not far from there, on the left side, the most expensive and exclusive hotel of that time in Zagreb is located – Esplanade. What is peculiar is that it was built in 1925 particularly for Orient Express passengers and it become an icon of Zagreb in a short time. It was there, where cinema stars, politicians, businessmen stayed.

10. Visit at least one museum

And in Zagreb, there are many. Some of the are peculiar – for example Museum of Street Art, Museum of Broken Relationship, Museum of Primitivism. We decided to visit the second one. To call it strange, is an understatement. A pieces there are real-life stories of people from all over the world and objects directly related to those stories. We can find stories about great love, and biggest mistakes in life. Stories that are funny or tragic. Some of them are long, others are contained in one sentence. As a whole, it is a maze of different, usually extreme emotions. It is an interesting experience, but mostly because it is different. Are the impressions worth the price you pay for a ticket? Most definitely not.